Lessons from the Road

I've never been more thankful to hear the laughter of Easton and his best friend in our basement. Despite the fact they are both meant to be in school today, I'm honestly weepy at the sound of them playing Xbox and telling goofy stories.

This morning, on my way home from dropping off Easton at school, I just pulled away and heard on the radio that a teenaged boy had been hit at the other high school near our house. I instantly thought of Easton's best buddy. Then I did the whole mom thing and went 100 mph in my mind to "what if?" and praying for his well being and nearly driving the 2 km to his school to make sure it wasn't him. I calmed myself down with thoughts of the fact that there are a few hundred boys in that school and the odds were, it wasn't our neighbour.

By the time I got home, I forgot about the news. I had breakfast. I had a meeting with a friend. I got ready for work at Job #2. I was on my way and my phone rang while I was at a stoplight. I don't usually answer my phone ever. I never answer it on the road. But today...I pushed speaker phone and said hello. As soon as I heard it was the school counsellor, I pulled over into a car dealership and took the call. Easton had been in her office and was asking if he could leave because his best friend had been hit by a car. I called my boss who just said, "Go!" and I went. I picked up Easton, I picked up some McDonald's and dropped Easton at the door of our neighbour's house. (I ensured it was ok'd by his mom and that he was up for it.) I drove into my garage, closed the door and let go of the tears I'd squashed this morning.

A while later, I heard familiar footsteps and laughter and in walked the two of them. Oh man. I'm not a hugger but that boy walked in for a hug and I held him, gently but with such gratitude. He's banged up. He looks like he left a good portion of his cheek on the pavement and he's definitely moving pretty gingerly...but he was smiling and upright and I've never been so glad to see him.

To say things have been emotionally charged and a rollercoaster around here is an understatement but there are times of incredible calm and peace and gratitude too. Today was full of both and yet, we're here. Still standing. We've left a good portion of our hearts on the road. We're moving gingerly but we're smiling and upright.

I can't express enough how grateful I am for those who my kids call their friends. They are surrounded by good people and I'm so thankful. We all are. Our circle is wide but it's also very, very deep. There's much to be thankful for. And we are.
Posted by Shelly VanB at 1:05 PM No comments: 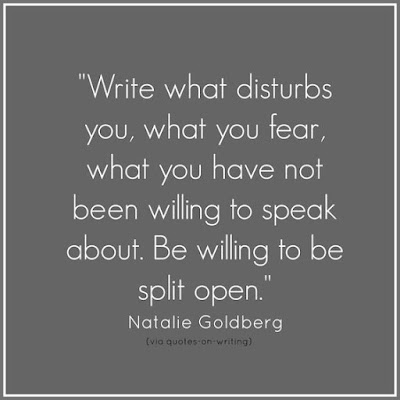 I have no idea how to write these days. The truth is worse than fiction and my life feels like a bunch of sadistic, soap opera writers have taken over my story line and just gone nuts. But, sadly, whether they have or have not, the life I'm living right now is an incredible departure from the one I had planned.

Jason and I are ending our marriage. I'm sorry for those of you who are reading this here for the first time. I have no energy for the list of people I would love to call or have coffee with and ease them into it. It's been abrupt. It's been painful. It's been clear that our marriage has not been healthy for a long time. It's crystal clear that it is over. I'm coming to terms with that daily as are the boys and I imagine Jason as well.

I know that one thing Jason and I both hope for is that at some point, we will come out of this as two healthy individuals who can continue to love and raise these incredible young guys that we've been responsible for. I'm praying that at some point, the friendship that we shared in our marriage will be restored, once we move past this incredibly painful separation.

We love our friends and extended family dearly and we know what it feels like when someone you love ends a marriage - we've been on that side of it many times. I hope that if you love us, you'll reach out to us in whatever way you're capable and support us as we try to move forward. We are broken, human and have made incredible mistakes but we are doing our best to put the hurt behind us and move into a place where we are able to feel whole and happy again.

Posted by Shelly VanB at 1:20 PM No comments: